How to Teach Sportsmanship to Children (Easily!) | Monarch Camps

How to Teach Sportsmanship to Children 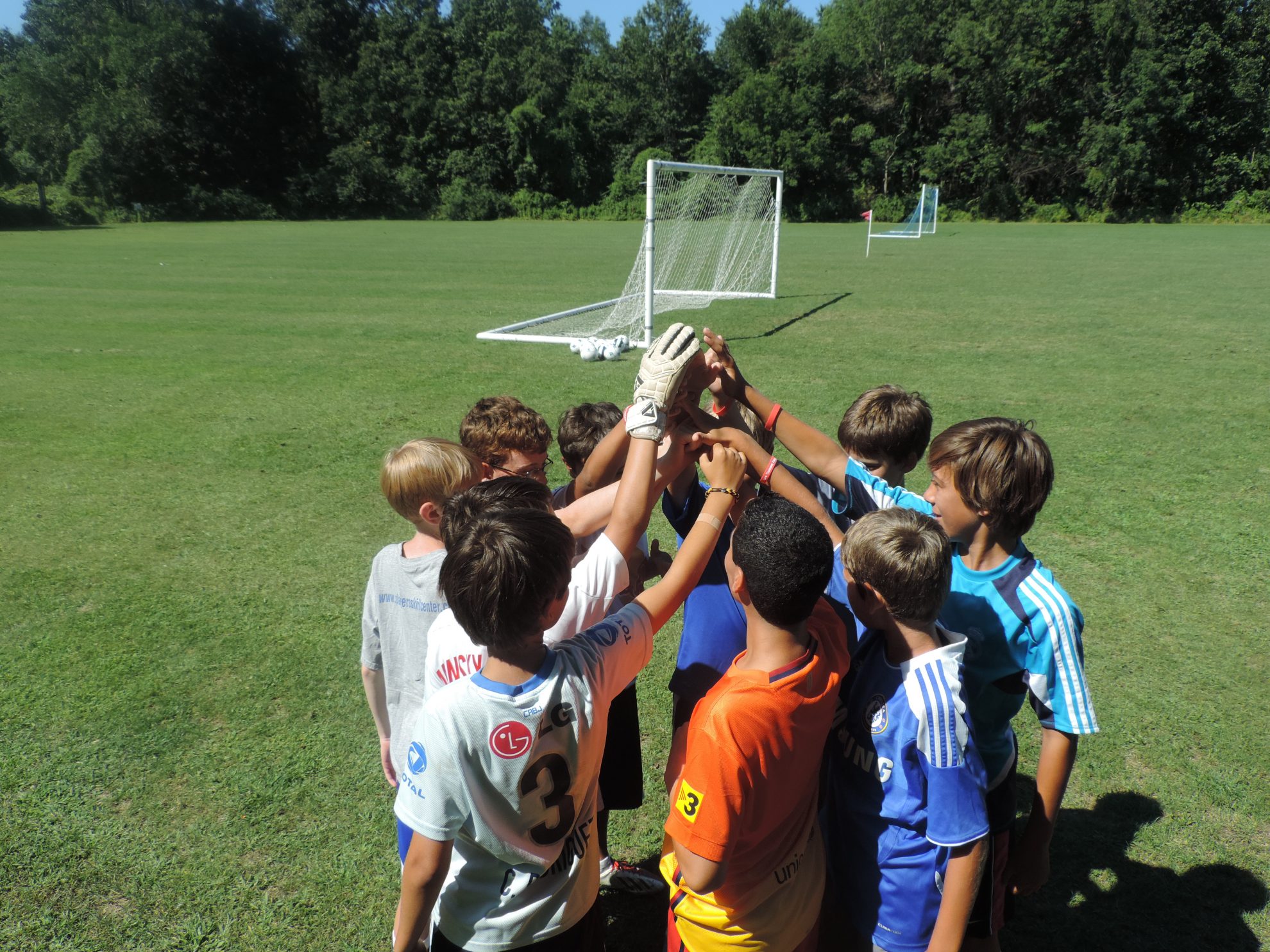 Learn about the best ways to teach sportsmanship to your children, even if they don’t play sports!

If you’ve ever been in or spectated a sports match, you will witness players practice sportsmanship. In soccer, players exchange jerseys after a grueling match against a team, but for water polo, players shake the other team’s hand to show respect and friendliness. Generally, it’s a tradition in sports that fosters a respectful way of handling victory and defeat.

Embodying sportsmanship, a child must respect the rules of the game, the judgment of any officials of the game, and the opposing players, as well as your own. Here, at monarch, we value the well-being of our campers and this starts at the individual level. Not only does it create a better environment for others, but it helps campers learn how to behave when losing and feeling good about themselves in the process.

Easy practices that can be integrated at home

Everyone loves the feeling of winning. It reaffirms that all their hard work and practice have paid off so when children lose, it is hard to admit that their skills are not up to par to their teammates or that they used a bad approach to their game. When you win, taunting and gloating in front of other campers will not only generate a sense of hostility towards the opposing players, but it will also cultivate a failure mindset and make others think that they won’t be able to improve from their mistakes. By creating an environment of kindness, those behaviors will translate to how campers behave at camp.

The use of polite and appropriate language to describe themselves, the activity, and their opponents can boost the group’s energy and morale. As children grow older, their focus in a game shifts from having fun to doing whatever it takes to win, resorting to gloating, trash-talking and taunting others to elevate their self-esteem and confidence. While these tactics can be used to intimidate opponents, those opponents are only temporary. They risk hurting someone’s feelings or creating a hostile environment for friends that they have made over the years.

There will be countless times when you lose at something, so when you do, keep in mind that people involved in the game, whether they are coaches, players, or sports officials, deserve the same level of respect. Sometimes it’s hard to be the bigger the person and move on from a loss but there will be more opportunities to improve on your skills in practices and other games. Never take your anger or disappointment out on another player. When you lose, lose with dignity and grace. You can practice this by congratulating the other team and shaking their hands wholeheartedly. An act of courteousness can gain the go a long way.

Always accept the game’s outcome without complaints or excuses. Taking pride of how you perform ultimately means that the camper put their all in the game and that alone is something to be proud of so you can be aware of things you need to improve for next time. You can acknowledge your accomplishments without humiliating or degrading opponents. All in all, treat others the same way you want to be treated.

3. Being a fair player

Before you begin, you should always be aware of the rules of the sport or game and sticking to them. There are no short-cuts that exist that will make both sides of the game content. This also means that you work up to your successes. No great player has woken up one day and embody the characteristics and exemplify the skills that they have now. Also, it means being a generous player and knowing where your skills might be needed the most, compromising and letting others take responsibilities that highlight what they do best.

Being in an area with your opponent can be difficult and in the heat of the moment, disputes might arise. To avoid this, players must stay cool. Although what others say may affect you, it’s not an excuse to act on what they’re saying. Remember that despite how hard you have worked, that it is just a game.

If you’re in a situation where something is in route of being escalated, it helps to bring a third party in, like a junior counselor or a counselor, to diffuse the conflict and help both groups come to a compromise. Responding violently back to an opponent will only get yourself into more trouble.

5. Be a supportive teammate

Always cheer on your teammate with positive and encouraging affirmations. This will generate a bond with your teammates and help create a trust in the game they partake in. Despite who is making the plays, always acknowledge and applaud good technique not only as an active surge of positivity but also as a learning tool for your teammates.

Most people won’t go on to play professional sports, and only a few will win scholarships to play at college. But many forget to have a good time during the years they do play because they’re so focused on winning.

And, unfortunately, parents and coaches sometimes put too much pressure on athletes, emphasizing winning at all costs. So although it’s great to be a champion, it’s even better to have enjoyed the process of trying to reach the top. It’s best to play fair while having fun.

Sportsmanship Off the Field

Learning good sportsmanship means finding that the positive attitude learned on the field carries over into other areas of life. At school, for example, you’re able to appreciate the contributions made by classmates and know how to work as part of a team to complete a project. You may enjoy more success at work as well, because a big part of learning good sportsmanship is learning to be respectful of others, including customers and coworkers.

Monarch Blog
Related Posts
9 Reasons Why Great Parents Send Their Kids to Summer Camp 13 Things People In A Small Town Do For Fun How To Find Fun, Educational Activities To Do With Your Kids Best Ways to Transition Children Are You a Helicopter Parent?